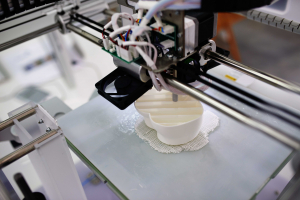 Unplanned downtime means major losses for Swedish industrial companies. The technology now exists to fix these stoppages quickly, but so far, few companies are applying it. 3D printers – which enable companies to print spare parts on demand – are an example, and the market for so-called additive manufacturing is growing by about 30 per cent per year. In addition, sensor technology and digitalisation are evolving faster than ever, making it easy to keep track of the machines’ status.

During Underhåll, the Swedish Maintenance Fair, which takes place on 10-13 March at the Swedish Exhibition & Congress Centre in Gothenburg, more than 300 exhibitors and 10,000 visitors will gather to experience the latest in operations and maintenance. Small start-up companies will get the chance to unveil new technologies to industry. And right now there is a big focus on technologies that can reduce the risk of unplanned stoppages.

Unplanned downtime results in losses that run into multi-millions for Swedish industrial companies each year. It is estimated that an unplanned stoppage costs up to 10 times more in lost production than one that is planned.

One technology that can reduce the risk of stoppages and that is on the rise is sensors. With the help of various sensors, measuring instruments and software, which are built into the machines and connected to digital monitoring systems, companies can keep track of the status of different components in the plant and thus reduce the risk of unplanned stoppages.

3D printing, or additive manufacturing, allows companies to get back up and running quickly after a stoppage. Scanning a spare part and then 3D printing it rarely takes more than a few days. 3D printing has been around for several years and is also used to print prototypes to test new solutions. The 3D printing market has grown by about 30 per cent every year for the past 10 years, but despite this, few Swedish companies are using the technology.

Being able to print 3D in metal is increasingly in demand today. And solutions are available – either in the form of 3D-printed moulds, which are filled with liquid metal, or regular 3D printing where the component is printed directly in metal.

Take part in the entire seminar programme, which you can find here »

Underhåll is Europe’s largest cross-industry meeting place with a focus on operations and maintenance. Focusing on the sector’s most important issues, the event contributes to a greater understanding of how properly executed maintenance contributes to a major uplift in profitability and efficiency for both industry and public infrastructure. More than 330 companies and organisations will exhibit, and the event will be visited by approximately 10,000 people.

You need to be signed in to add to your favorites. My pages.

You need to be signed in to add to your favorites.

You can now login.

Mail has been sent.

Check your email for the reset password link. It can take up to 30 minutes before you receive the email.

You can now begin to favorise.

The browser you are using is outdated. Update your browser

We use cookies to enhance your experience of our website, to monitor the use of our website and to support the marketing of our products and services.
I understand